By Tiffany George
That title is written in typical Kim fashion.
It’s impossible to believe that over a month has gone by since I posted about Natalie turning 9 months. Though life does pass by very quickly here, we try to take time to appreciate what we have every day. The other night as Pete and I were going to bed we were talking about our cuties as we often do, and I was saying that Andrew started saying “right now”, and that I felt bad for teaching him that. Then I was struck by a fit of laughter, as I said that I wonder what he thinks “right now” means. He gets about the same response out of me when he says it as I do out of him when I say it! I also figure that I probably have him quite baffled as to what “two more minutes” means as well.

That being said, life with a 2 ½ year old can certainly be trying at times. Andrew has learned that he doesn’t have to do what I say…what a bummer! :o) And he likes to test his limits just to be sure that he still can’t spill his milk all over the floor today like he did yesterday. But having a toddler is also so much more than that. It’s him being content to just use his new scissors to cut paper into scraps or “sprinkles” for a good hour; it's being so proud to count to 10 without skipping 5,6, & 7; it’s him using the play kitchen to serve Pete and I a pretend dinner (usually pizza), day in and day out; it’s going in at night to admire that sweet angelic sleeping face that just hours earlier said “I love you undernee the moon”; it’s him getting excited over the chance to give Natalie a piece of his banana, or a piece of cheese folded just right; it’s trying to keep a straight face when he tells us that his penis has a circle and that it is “so long”; it’s discovering that this is only the beginning of difficult questions, such as asking me what I meant when I said a friend’s water broke; it’s being patient when I am asked for the umpteenth time “Momma what you do-tin?”; it's getting excited about putting the sticker from the fruit on the globe from its country of origin every time; it’s cherishing hugs and kisses, especially the chocolately ones; it’s savoring this time when he asks me if he can help me clean, knowing these days will be gone before I know it; it’s being careful what I say because little ears are always looking for ideas of new things to do; it’s taking a deep breath when I’m woken up by him yelling that his entire bureau drawer fell to the floor, and being relieved that his precious little body was unharmed; it’s being patient while he fits that one puzzle piece in just right; it’s seeing the world through the eyes of someone who gets excited over cleaning knobs to make them shiny; it's being proud that he can put his own pants and underpants on, even if they are often backwards; it’s seeing him as a brother who honestly does not want Natalie to get hurt by playing with a toy too small for her; it’s thanking him for the plastic flowers that he repeatedly puts in a cup of water for me to put on the window sill; but most of all, it’s just about a love that I never thought could be possible. Having children is the best gift anyone could ever ask for. 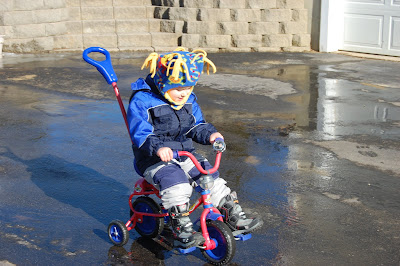 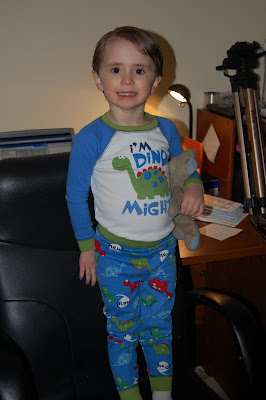 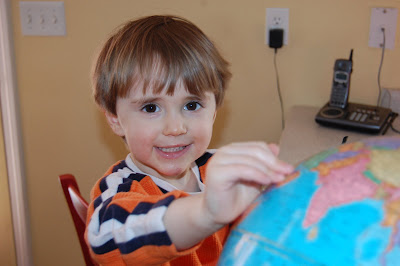 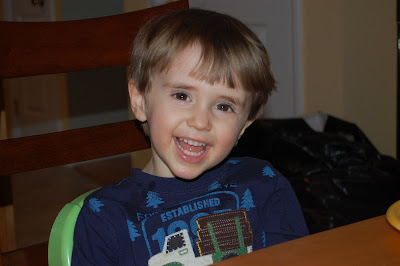 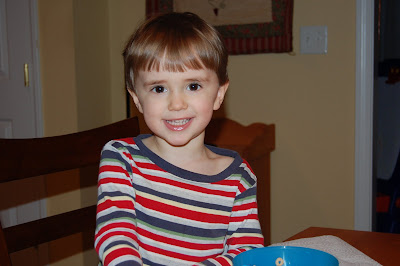